Born and raised in the spiritual solitudes of the Snow Kingdom, the assassins of the Lunar Fox Tribe, like their sorcerer brethren, have dedicated their lives to contemplation. However, unlike the sorcerers, the balance they seek in the stillness of those wintry days is the harmony of mind and body, fusing their entire being into an aspect of its mover – the mind. With lightning fast reflexes, and movements far beyond the capacity of most mortals, assassins walk as silent beings upon the invisible threads that tie the world together, bending and shaping the shadows into silhouettes of terror.

The assassin is a melee DPS class that excels at speed and quickness. Trained to leave only silent whispers and a faded memory of their existence, assassins have discovered the gateways into the invisible world, flying through the shadows with deadly celerity.

Katana: Quenched in the cold climate of the Snow Kingdom, assassins that choose the katana wield the opulent power and radiance of the moon. Like lightning that follows the darkness and thunder, the katana-wielding assassin strikes with incomparable speed, leaving an opponent quivering in the throes of death.

Dagger: Unseen and silent within the shadows, assassins that prefer the freedom of unmatched movement select the dagger. Unburdened by the weight of all other weapons, dagger-wielding assassins are supreme in their dexterity, bringing deftness to the art of combat unparalleled in the known world. 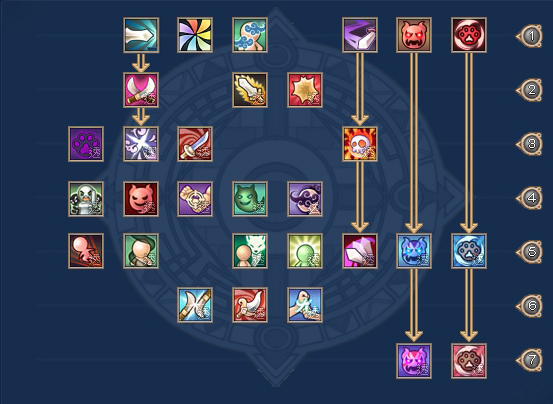 Retrieved from "https://spirittales.fandom.com/wiki/Assassin?oldid=5441"
Community content is available under CC-BY-SA unless otherwise noted.